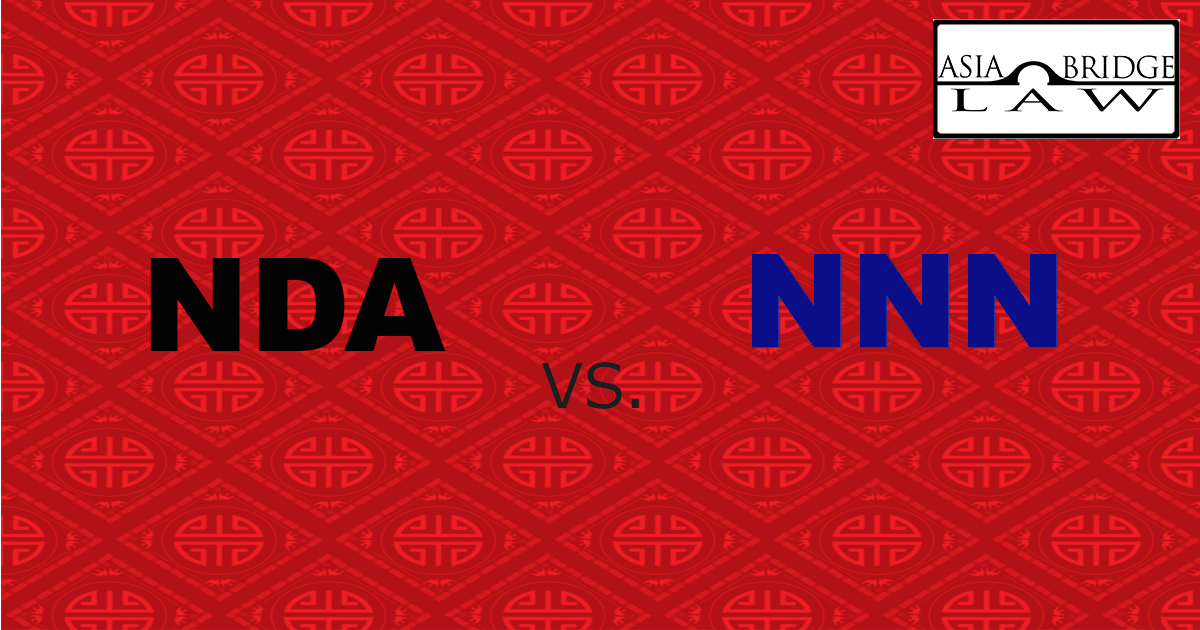 NDA vs NNN. What's the difference? Which is better when buying from China?

NNN stands for “Non-disclosure, Non-compete, Non-circumvention” and is a more robust version of the traditional NDA (Non-Disclosure Agreement)”.

Simply put, the NDA is a promise that “they won’t tell anybody outside their organization about the idea”.  The NNN adds more layers of protection because it makes them promise to not only keep it a secret but also not develop the idea in house.

So technically, under an NDA, a company could copy your idea, make the product in-house and sell it to your competition as long as they did it inside their organization rather than telling somebody outside about it.  For those reasons an NNN is better than the NDA as the NNN specifically addresses not only secrecy but also non-compete and non-circumvention.

Most professional lawyers dealing with China have moved from the NDA to the NNN in the past decade.  If a supplier fights the terms of the NNN, that’s a big red flag that they may have a hidden agenda.