Contracts in China: Q&A with an English-Speaking Chinese Lawyer

In this blog post, our Chinese lawyer answers some of the more common questions about contracts and their enforcement in China.

Answers are provided for general reference and are given in a straightforward format, without the “Chinglish” or “Legalese” that you may come across when dealing with other lawyers in China. 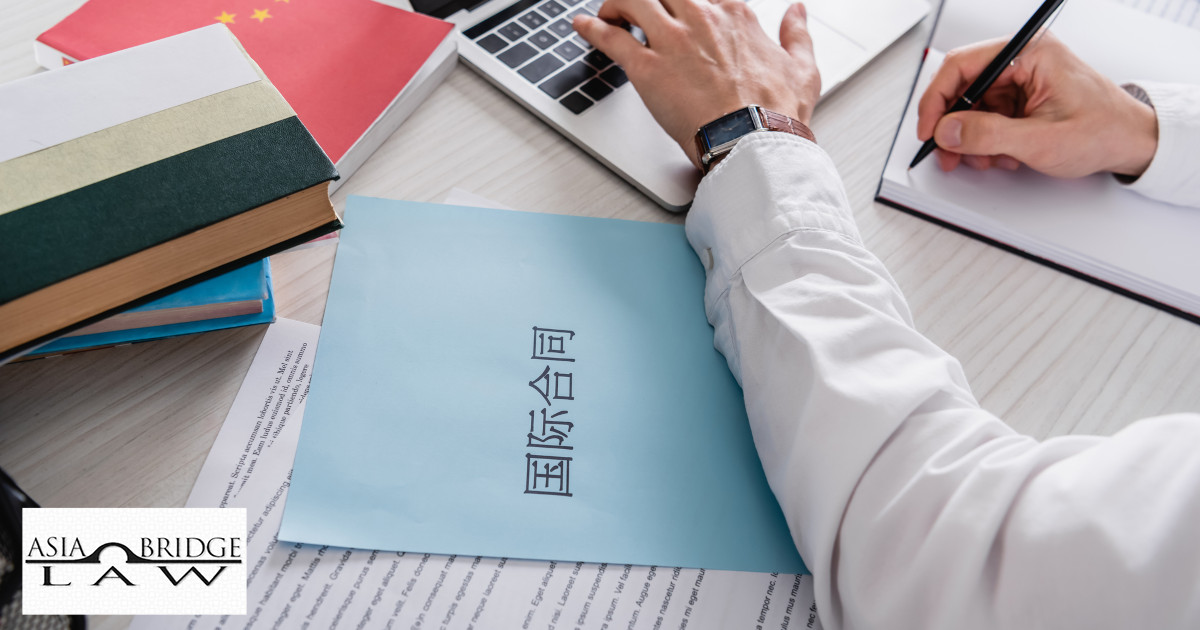 In this blog, an English-Speaking Chinese Lawyer will answer the following common questions asked about contacts with Chinese companies.

Do contracts mean anything in China?

If something goes wrong, some clients doubt a good contract will protect them. I often hear comments like: ‘The Chinese legal system is slated against foreigners.”

I agree that China’s legal system is far from perfect and actually a Chinese person could feel just as confused as any foreigner when dealing with all these changing laws and regulations, although foreigners do face the cultural difference and language barrier.

First off, a well-prepared contract gives out the signal: I care. Other people will think before acting against you.

Second, a good contract provides remedy if anything should go wrong.

In my opinion, doing business without a good contract is akin to parking your car in public with a broken window and your wallet on the seat.

An English-only document signed by both parties is legally binding. But it is bad idea! Here is why, as explained by AsiaBridge Law’s advisory board member- Mike, from the US.

First, to have any legal validity in China, you have to list the Chinese name. I’m talking about the Chinese name you see on their Chinese business license. Local authorities and courts only recognize registered Chinese names. So, the English name, or whatever they call themselves for marketing, is not an official name. You can’t sue some company named “Best Good Star Mfg.” But you can sue “最好星有限公司”!

Keep in mind that to litigate outside of China is for the most part meaningless. The vast majority of Chinese companies do not have any assets outside of China and a court in China does not enforce foreign judgments, so it means that you actually get nothing (except a bill for wasted legal fees) even if you prevail in a court back home. So, if litigation is the only option to solve the dispute, a lawsuit should be filed in a Chinese court.

If your key documents are in English, it complicates things a lot. For example, before the courts can make a decision, the English documents/ supporting evidence will need to be translated into Chinese by a court approved translator for the court’s review. This can be expensive and very time consuming. Plus, the defense can employ a stall tactic of fighting over the wording of the translation itself. It’s much better to have your attorney structure the wording in advance in Chinese rather than hope the court’s translation will be accurate. Be safe. Use bilingual contracts.

I have an existing contract template that I use back home. Can I hire a lawyer in China to adjust it for use in China?

You can certainly hire AsiaBridge Law to customize your existing templates. Once a block of General Counsel time is booked, the hours are yours to assign as you wish. However, it may actually be better and more affordable for you to purchase the AsiaBridge Law templates for the following reasons:

As part of our service, a lawyer will be assigned to your project for an agreed block of time to customize your contracts. As long as you have time remaining in the block, the lawyer is available to update and revise your documents.

Here are some options if you have used up the agreed block of time:

As the translation is done sentence by sentence rather than page by page, the bilingual contract is provided to you in a format that you can edit on your own if needed. Assuming your core business doesn’t change and you are using the same terms & conditions for multiple suppliers, you can cut out the Chinese name of the previous supplier and insert the Chinese name of the new supplier.

But if your products change or you have negotiated new terms, you should consider re-engaging our lawyers under a new block of time.  But as you have already paid for the template when you initially hired AsiaBridge Law, you would not need to re-purchase the template again just to have updates made.

I don’t speak Chinese; how do I know that the Chinese company’s real name (in Chinese) is on the contract?

Make it easy for the Chinese judge to rule in your favor.

Once you know the official name of the Chinese party, our lawyers can easily insert it into the contracts for you. As part of our service, when we send you the final draft of the contract, we also provide a list of tips to help you make sure you are signing the contract with the right party. For example, it is very important to have an official name/ corporate chop on the contract and that this name matches public records and corporate bank accounts.

Important:  A great contract with a fake company doesn’t protect you!  If you don’t know the official Chinese name of the company or you are unsure about the company’s reputation and fairness, the following services are recommended:

How is a NNN different from an NDA?

NNN stands for “Non-disclosure, Non-compete, Non-circumvention” and is a more robust version of the traditional NDA (Non-disclosure agreement)”.  Simply put, the NDA is a promise that “they won’t tell anybody outside their organization about the idea”.  The NNN adds more layers of protection because it makes them promise to not only keep it a secret but also not develop the idea in house.  So technically, under an NDA, a company could copy your idea, make the product in-house and sell it to your competition as long as they did it inside their organization rather than telling somebody outside about it.  For those reasons an NNN is better than the NDA as the NNN specifically addresses not only secrecy but also non-compete and non-circumvention.

Most professional lawyers dealing with China have moved from the NDA to the NNN in the past decade.  The NNN contracts provided by AsiaBridgeLaw are well-written and suppliers who have used an NDA in the past will have no problem accepting the terms of the NNN as well.  And if a supplier fights the terms of the NNN, that’s a big red flag that they may have a hidden agenda.

Read more about it!